Below I demonstrate some network learnings performance visualizations on the ALARM network, a commonly used benchmark: 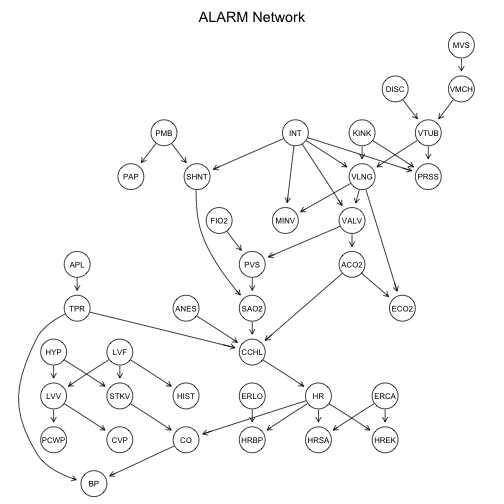 Using model averaging and the strength.plot function, I can get a visualization of the proportion of times each arc in the true network appeared in the model averaging bootstrap simulation. This is shown as edge thickness. 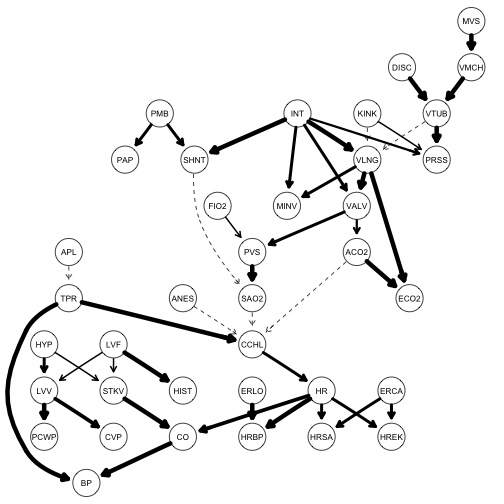 This reflects how well the network inference learned the true arcs – the thicker the arc, the more evidence the learning algorithm found in the data. 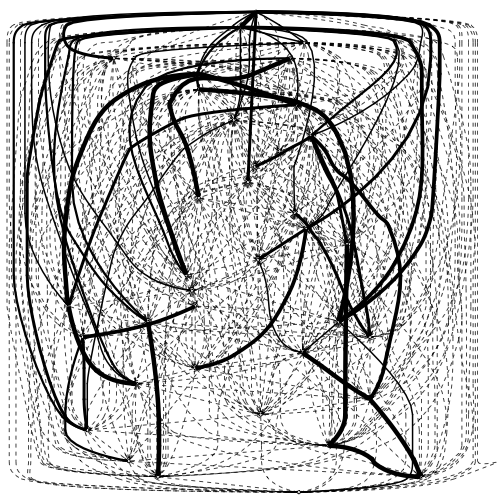 Since the cutoff is so low, the network is thick with weak-evidence arcs.

ROC curves are a classic visualization of learning performance. However, they are tricky in this case because they require a false positive rate. False positives are easy to get with the compare function:

However, the false positive rate is (FP / N), where N here is defined as “wrong arcs”, i.e. all the arcs that are not in the ALARM network. That means counting all the possible directed edges in graph. Since it is a directed acyclic graph, the presence of an edge depends on the presence of others, so this is a non-trivial problem.

An alternative is to convert the graph to a moral graph, where undirected edges represent conditional dependencies. 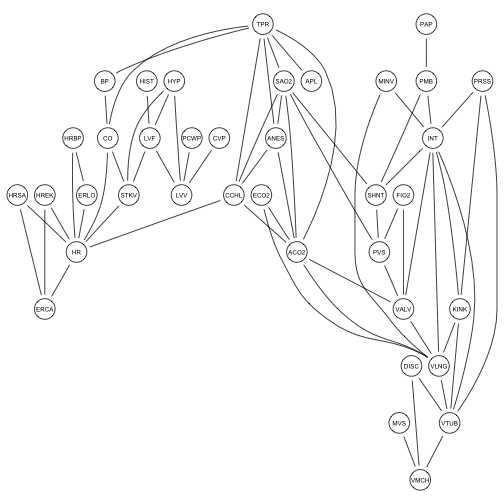 So we can get an ROC curve that reflects how well we recover not arcs, but the conditional dependences that the arcs determine.

I wrote a function that gives me true positive rate and false positive rate, and plotted an ROC curve. The main argument is the cutoff, which is passed as the threshold value in averaged.network. With different values of cutoff, I get different pairs of rates, giving me values to plot for the ROC curve. 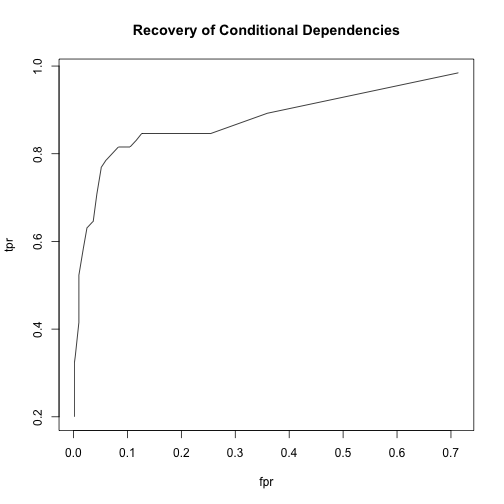