Implementing a biochemical pathway model as a computational graph in TensorFlow

I’ve been working on using computational graphs to model systems of biochemical reactions. I thought I’d share a bit of it here. If you’re working on something like this, then omg we should be friends – please reach out (@osazuwa).

This demo implements a simple model of protein signaling

Here I implement a model of the Erk signaling cascade, highlighted in blue in the figure below. A quick explanation for non-biologists: it is comprised of a protein Raf becoming “activated” by some upstream process, Raf then activates Mek, Mek then activates Erk. “Activation” here means a change in physical shape that allows it to do new things, (namely activate other proteins). This pathway is important because it is part of cellular processes related to growth and proliferation (the figure below illustrates growth hormone signaling), including bad process like cancer. 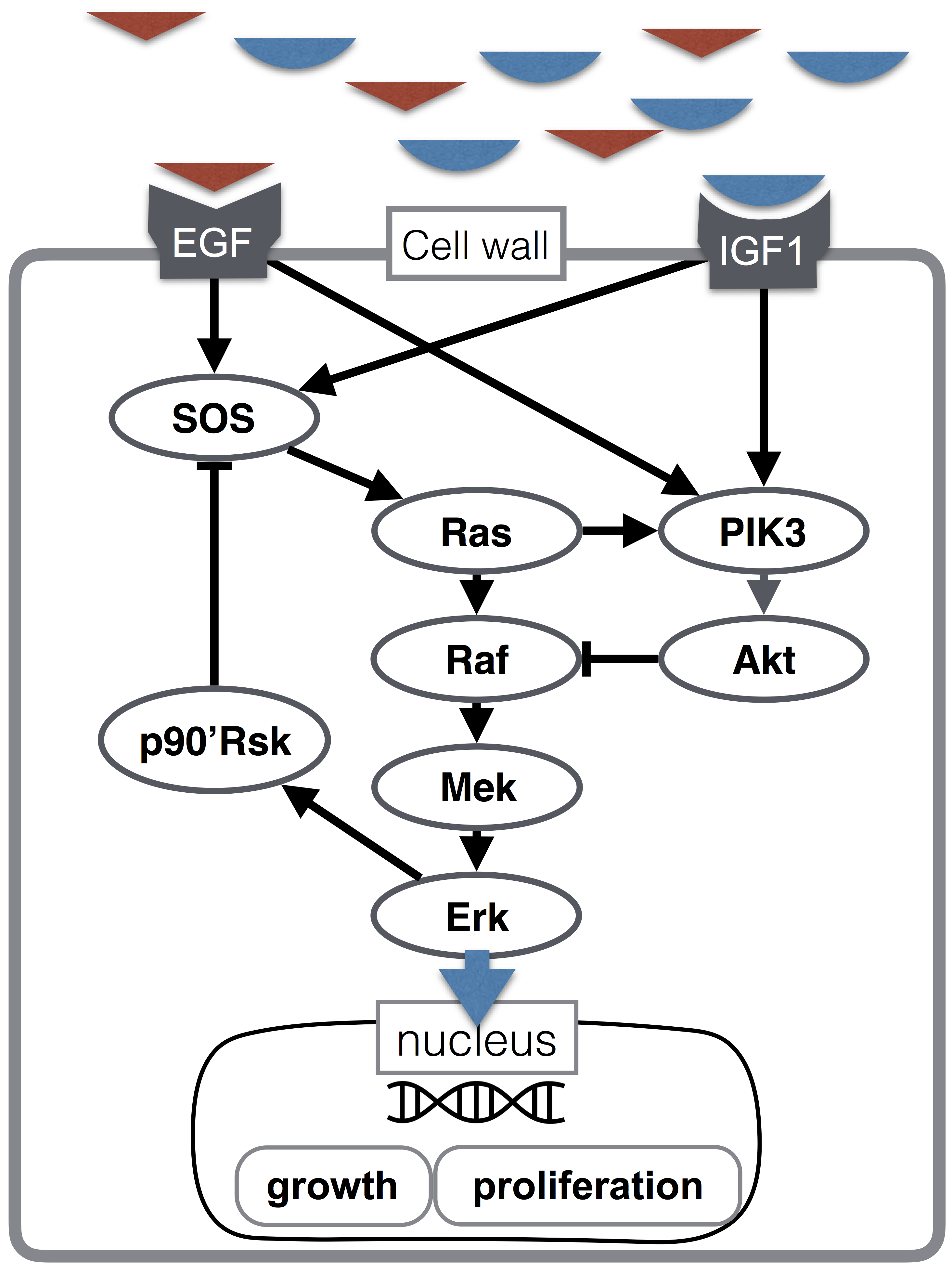 No more bio talk from here on.

The model is a well-known set of ODEs

Here I implement a popular systems biology model – this model is to comp bio people as MNIST modeling is to ML people. This model comes as a set of ODE’s governing the concentration of active state an inactive state of each protein. This model is available in standard SBML format, I used a slightly modified version.

I only model the steady state of the model here, though the following can be extended to transient dynamics.

The ODE model also specifies to total (active + inactive) concentration of each protein.

Now I am ready to implement with TensorFlow. Note, I use the name_scope method so I can generate a nice visualization of the computational graph.

First I model the input signal with a placeholder.

Then, I model each protein individually.

Note the repetition, clearly the next step here is to implement a protein class.

Finally, I initialize the tensors and run them in a TensorFlow session. I also save logs so I can use TensorBoard to visualize the graph.

I simulate Erk given input levels of E1. I specify a range of inputs for E1, then run the session. 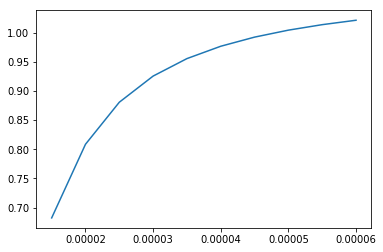 I ran the same simulation in systems biology simulation software Copasi, and got the same result! Unfortunately, I haven’t yet figured out how to get TensorBoard to order the nodes in the way I want. I’d like E1 to be at the top, and Erk at the bottom, so the flow is going downwards. Instead I get the reverse, my pathway is upside down! 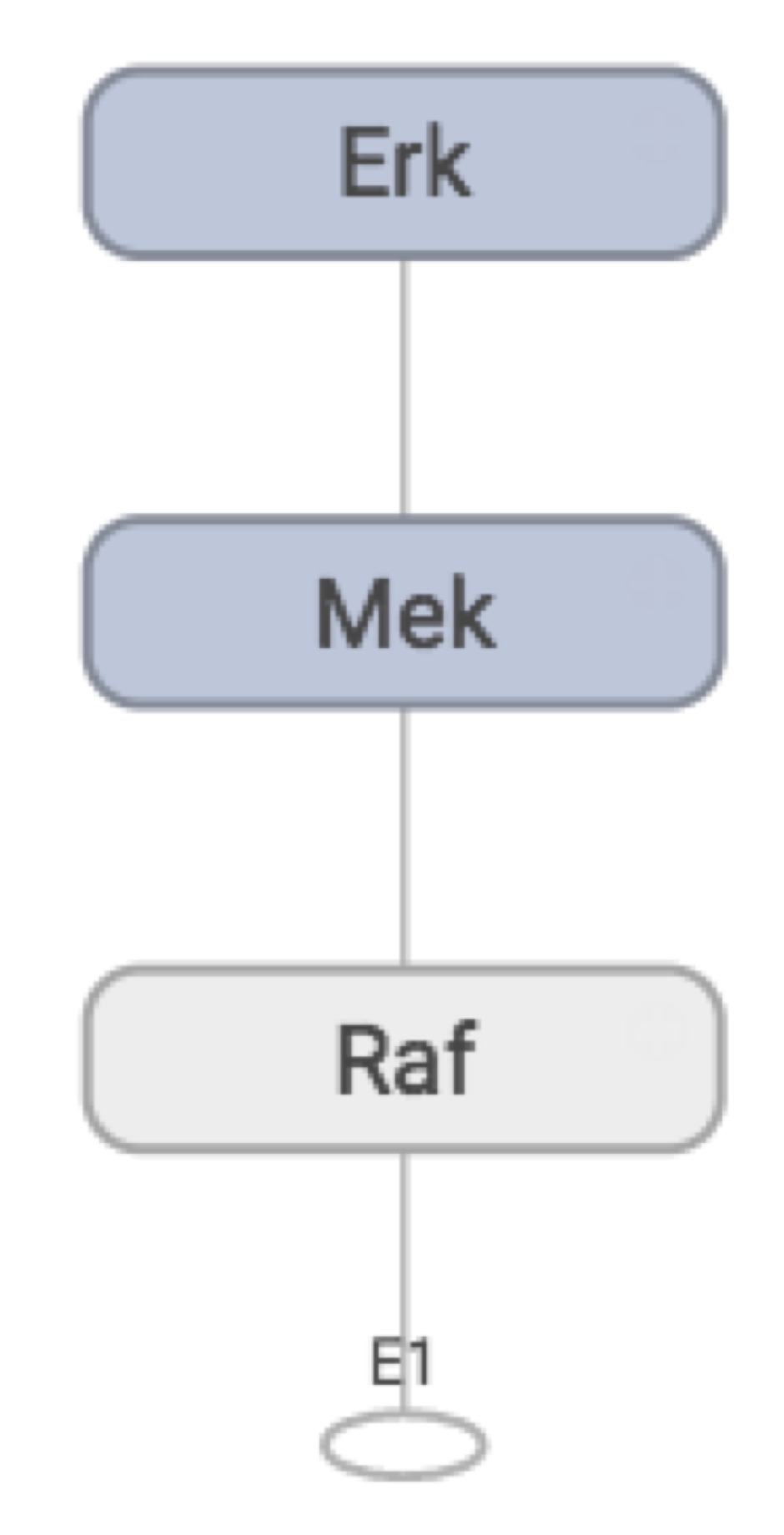 But other than that I’ve reproduced the graph I want, so I call it a success. Zooming into the Mek node: 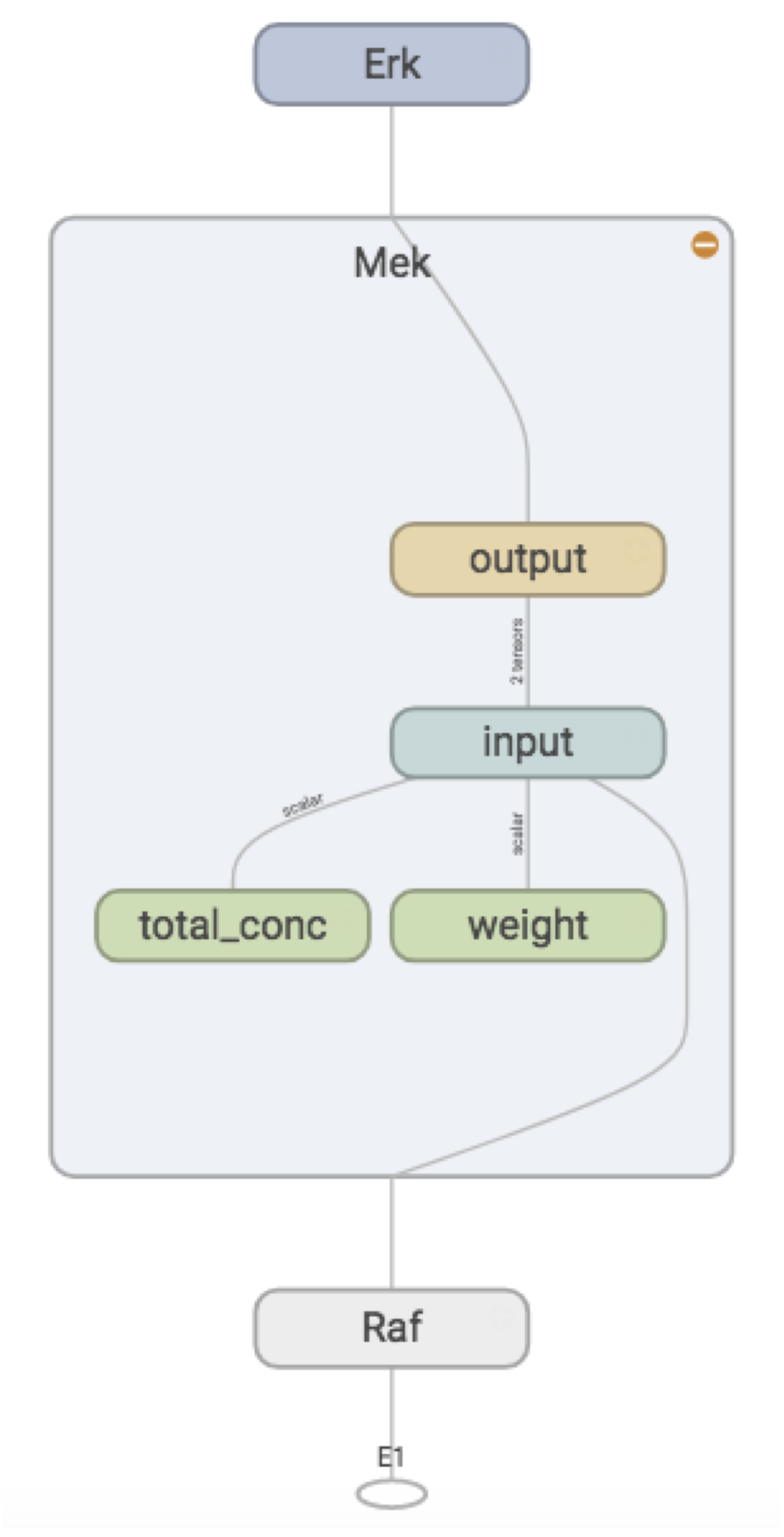